Becoming a Director’s Patron is a wonderful way to engage more deeply with the Festival through your support. Meet Festival Director Nashen Moodley and his team of dedicated and passionate curators, Australian and international filmmaker guests and fellow cinephiles. From Program Launch to Festival Wrap, and at special events throughout the year, Director’s Patrons enjoy an insider’s experience with priceless advice about what not to miss!

The support received from Director’s Patrons enables the Festival to keep ticket prices accessible for all. It enables the Festival to nurture emerging Australian film talent by providing a supportive and attentive forum in which to share their stories. It gives Australian audiences access to more diverse film styles, ensuring we see and hear the important stories of the year. Their support makes it possible to bring so many international guests to Sydney to inspire, challenge and uplift us.

Director’s Patrons are acknowledged at the following levels: 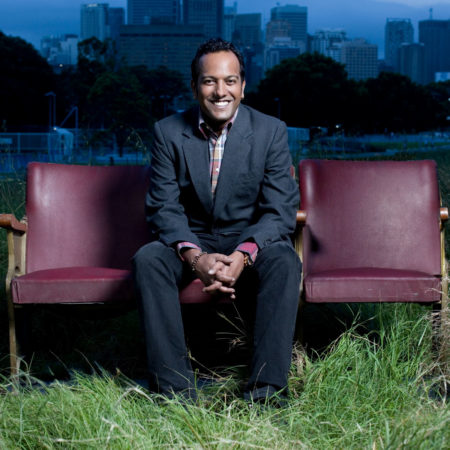 The Director’s Lab brings together young Sydney philanthropists, filmmakers and film-lovers to support Sydney Film Festival as a vital platform for emerging creative voices. Their focus is on SFF’s short film program, which kick-started the careers of such Australian film industry luminaries as Jane Campion DNZM, Phil Noyce, Gillian Armstrong AM, Warwick Thornton, Kriv Stenders and Chris Noonan. The program not only provides a prestigious showcase for emerging filmmakers, but also facilitates important industry connections for them to further their careers.

Director’s Lab Patronage includes a 10-ticket Flexipass to redeem during the Festival, plus two tickets to the special screening of the Dendy Short Film Awards finalists and an invitation to meet the filmmakers afterwards. They also receive VIP access to venues and concierge assistance with ticketing during the Festival.

Director’s Cut Patrons enjoy a VIP experience of Sydney Film Festival, with an exclusive preview of the Program Launch, special access to cinemas during the Festival, invitations to filmmaker parties and a dedicated concierge service to book priority tickets for all Festival screenings and special events.

The Women’s Giving Collective supports Sydney Film Festival’s efforts to nurture, empower, promote and celebrate women working across the screen sector. You can read more about the Collective and how SFF is working to achieve gender equity on screen and behind the camera here. Members of the Collective enjoy all the experiences above, plus invitations to special events with a female focus.

Director’s Associate Patrons enjoy all the experiences above plus invitations to special SFF events, both during the Festival and throughout the year.

Director’s Circle Patrons enjoy all the experiences above plus special invitations to exclusive SFF dinners with guest filmmakers, both during the Festival and at other times throughout the year.

Director’s Champions are the leaders of SFF’s donor community. They enjoy all the experiences above as well as dedicated, personalised ticketing services and bespoke Festival experiences.

For enquiries about the Director’s Patrons program, please contact Head of Philanthropy and Partnerships, Georgia Shepherd.