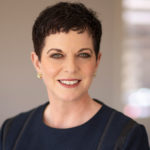 Deanne Weir is a former media lawyer and executive turned producer, investor and company director. She is passionate about storytelling, change-making and gender equality. Deanne invests in entrepreneurs and storytellers to help them change the world. Deanne is Chair of Ai-Media, an ASX listed technology company, and Seer Data & Analytics, a civic tech start-up, and board member of Verve Super.

Film investments through WeirAnderson Films include I Used to Be Normal, Babyteeth, Miss Fisher & The Crypt of Tears, I Am Woman and Blaze.

A board member of Screen Australia until 2016, Deanne was instrumental in the development of its Gender Matters program and remains a member of the Gender Matters Taskforce. Deanne is also Chair of the Sydney Film Festival and For Film’s Sake, an advocacy organisation that runs the Attagirl global film lab. 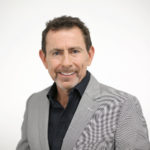 Nick is the Global Head of Technology & Innovation for top 10 international law firm, Norton Rose Fulbright. He practices in the areas of tech, media, telco and privacy law.

Separately to NRF, he is a disruptor in his own right, having co-founded successful online legal service LawPath 5 years ago. Nick is on the board of ASX300 software company, Integrated Research. He is on the boards of the Garvan Foundation and the Vodafone Foundation.

He is the author of the books Digital Disruption in Australia and Big Data, Big Responsibilities. He has a Masters of Fine Arts (Film Producing) from the University of Southern California Film School (the Peter Stark Program). He was a Creative Executive at Warner Brothers in Los Angeles and worked on the TV shows, ER and The West Wing. He produced the mockumentary Searching for Alison Porchnik featuring Woody Allen and Carol Kane. He wrote and appeared in the TBS TV show The Ugly Gaijin Brothers and is the Founder of The Tokyo Comedy Store – now in its 23rd year. 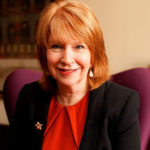 Jan Chapman has produced some of Australia’s most critically successful and popular films – including Palme d’Or nominated Bright Star, AFI Best Film winner Lantana and Academy Award® winner The Piano. Jan’s most recent production (with Nicole O’Donohue) was The Daughter written and directed by Simon Stone. The film premiered in competition at the 2015 Sydney Film Festival and was selected to screen at the Venice, Toronto and London International Film Festivals. It was released in Australia in 2016.

Jan has supported and nurtured the careers of some of Australia’s most talented filmmakers and was the executive producer on Somersault, Suburban Mayhem, Griff the Invisible and The Babadook. Her films have won many awards including co-recipient of the Palme d’Or at Cannes (The Piano, 1993), three Academy Awards® (The Piano, 1994), Camera d’Or at Cannes (Love Serenade, 1996), over 38 Australian Film Institute Awards, and have had numerous screenings and honours across the globe at the world’s top film festivals including Venice, Toronto, Berlin and Cannes.

In 2004, Jan was honoured for her outstanding contribution to the Australian film industry as the recipient of the Order of Australia. 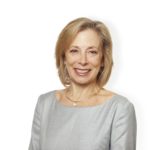 Sally Herman is an experienced non-executive director in the fields of financial services, retail, manufacturing and property. She had a successful executive career in financial services in both Australia and the US, transitioning in late 2010 to a full-time career as a non-executive director. Sally is also actively involved in the not for profit sector, with a particular interest in the arts, social justice and education.

Sally sits on both listed and unlisted Boards, including three ASX 200 companies, Suncorp Group Limited, Premier Investments Limited and Breville Group Limited. She is also on the Board of Evans Dixon Limited as well as Investec Property Limited and the Sydney Harbour Federation Trust.  Sally is a member of Chief Executive Women. 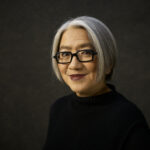 Debbie is Matchbox Pictures’ Director of Scripted Development, where she provides creative leadership to the development of scripted content across a broad range of genres and markets. She also serves as executive producer on various projects – most recently The Heights, Safe Harbour, The Family Law, Mustangs FC and Hungry Ghosts.

Prior to Matchbox, Debbie was ABC TV’s Head of Comedy, where she commissioned shows including A Moody Christmas, Please Like Me, Laid, It’s a Date, Upper Middle Bogan and The Strange Calls. She also spent a number of years at SBS and SBS Independent, starting her career in TV as a production assistant and then becoming series producer for experimental short film program Eat Carpet. This led to several years at SBS Independent as a Commissioning Editor for Drama and Comedy.

Debbie is a passionate advocate for screen stories with distinctive views of the world and believes these stories told well have the power to connect people and build understanding and empathy. She currently also serves as Chair of Diversity Arts Australia, a national organisation committed to making cultural and linguistic diversity a central concern across the creative arts sectors. 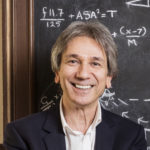 Zareh Nalbandian, Animal Logic’s Co-Founder and CEO, has been managing, developing and producing large-scale screen projects for over 25 years.  He has collaborated with iconic directors, producers and artists on some of the most successful feature films of our time. Since leading Animal Logic’s expansion into feature film visual effects in 1996 and feature animation in 2006, Zareh has guided one of the most respected and admired artistic and technical cultures in the industry, earning his reputation as a world leader in the fields of film development, animation, visual effects and production.

Zareh is committed to building a successful, globally competitive digital production industry in Australia. He enjoys strong personal relationships with key US Studio Executives and leading Directors and Producers, in addition to the continued day-to day management of the company. Zareh guides the development of an exciting slate of feature film properties and continues to push the boundaries of digital storytelling. 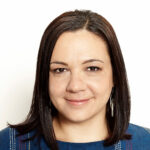 Penny is a Member of the Maramanindji people, from the Northern Territory in Australia. She has completed a cadetship with the Australian Broadcasting Corporation (ABC) and has a Masters of Arts (Documentary Producing) from the Australian Film Television and Radio School (AFTRS) in Sydney. Between 2004 and 2005 Penny worked in the Indigenous Programs Unit at the ABC. She was selected for Screen Australia’s Indigenous Department’s Producers Initiative in 2011, and also worked as a Senior Programmer for NITV, National Indigenous Television, a division of SBS. She was Head of the First Nations Department at Screen Australia and managed the department for 6 years overseeing a large slate of successful film and television including Total Control, Spear, She Who Must Be Loved, Sweet Country, We Don’t Need a Map, Grace Beside Me, Mystery Road, Sweet As, We Are Still Here and Little J and Big Cuz. She also created numerous special initiatives which have provided  development opportunities for some of Australia’s newest rising writing, directing and producing talents. In 2021 she worked with the renowned production company, Bunya Productions and produced the mini-series True Colours for SBS/NITV. In May 2022 she started a new role with Netflix as the ANZ Grow Creative Manager.

Frances Wallace is a globally recognised nonprofit film and cultural leader with 25+ years of experience engaged in large scale festivals and event producing. She is renowned for being an optimistic builder, visionary and creative strategist. Frances’ most recent position was as Executive Director of Frameline, the world’s largest film nonprofit solely dedicated to expanding social justice and cultural strategy through LGBTQ+ media across the US.

In the pandemic, Frances trained as a leadership coach and has guided leaders in nonprofit film, working towards creating more equitable models of growth and sustainability, in these challenging times.

Frances was awarded a Certificate of Honor by the Board of Supervisors of the City of San Francisco for her outstanding contribution to the culture of the city and served for six years on the Board of the Ninth Street Independent Film Center, San Francisco.

Nashen Moodley commenced as Festival Director in January 2012 after stepping down from his role as Manager/Head of Programming of the Durban International Film Festival, South Africa’s longest-running film festival, which he held since 2001. During his ten-year term he was responsible for expanding the content and audiences of the festival and raising the profile of the South African film industry by establishing the Durban FilmMart.

Nashen’s film writing and criticism has appeared in newspapers and magazines including GQ, The Sunday Independent and The Mail & Guardian online. He is currently the film critic for South Africa’s Sunday Tribune.

Georgia ShepherdHead of Philanthropy and Partnerships