Industry News: A Report from Göteborg and a Chat with Nick Hayes
Industry News February 20 2019 by Jenny Neighbour
Head of Programs and Documentary Programmer Jenny Neighbour gives the low-down on the local and international film industry.
Share Tweet

Göteborg, Sweden’s second largest city (pictured above), celebrates a wide range of cinema in its annual film festival. The Göteborg Film Festival, now 41 years old, runs in more cinemas than Sydney, over the same number of days, to an audience of roughly the same size. Both are winter festivals, but the temperature is somewhat chillier in Goteborg, where it failed to rise above zero this week.

The program includes competitions for Nordic and international cinema (the Dragon Awards, a festival symbol), as well as contemporary films from around the world. A total of 450 films were selected this year, including three Australian titles: I Used to be Normal: A Boyband Fangirl Story; Island of the Hungry Ghosts, and: Jill Bilcock: Dancing the Invisible.

The festival also presents an impressive line-up of industry discussions, many focussing on Nordic filmmaking. Topics covered this year included a day-long discussion on audiences and master talks by editor Jill Bilcock, filmmaker and historian Mark Cousins, actor Mads Mikkelsen and BBC producer Jon Plowman. The Nostradamus Report, presented annually at the festival, monitors and analyses the rapid change in screen industries. This year’s edition considered whether the film industry as we know it will survive, and what European film makers, financiers and exhibitors need to do to compete with the global majors and remain a cultural force. The full report can be read here.

The festival announced it has signed up to the 5050×2020 pledge for Gender Parity, a film festivals collaboration which was launched at Cannes last year. It also introduced a new Gender-Neutral Acting Award, and presented this year’s Audentia Award, created by Eurimages to celebrate the courage and bravery (the Latin meaning of the word ‘audentia’) of women wishing to pursue a career in filmmaking (the winner was Lucky One by Mia Engberg).

I’m in Göteborg for the Nordic Event, a series of screenings of new Nordic films and works in progress, as well as a number of industry presentations and receptions.  It’s a drawcard for industry figures from the region but also delegates from around the world. The 2019 program included new features and documentaries as well as 15 works in progress.

I’m heading next to Berlin for the film festival and European Film Market. It’s a whole different beast from Goteborg with almost a thousand market screenings and as many festival and press screenings. It takes days to work out my schedule of screenings and meetings, making sure not to miss any of the must-see titles at the same time as exploring the just-completed films in the market and unheralded productions in the various festival strands.

Included in this year’s Berlinale line-up are seven Australian productions: Damon Gameau’s documentary 2040 screens in the Generation program; Rodd Rathjen’s debut feature Buoyancy, in Panorama; Arthur and Corinne Cantrill’s 1981 film, The Second Journey (To Uluru) in Forum; Erica’s Glynn’s documentary She Who Must be Loved and Martin Butler/Bentley Dean’s 2015 Tanna, in NATIVe – Indigenous Cinema; alongside the short films The Mermaids or Aiden in Wonderland and Blackbird (1981).

It’s not just about what’s screenings, the market is also an opportunity to meet with sales agents to find out what’s coming up on their slate in the next couple of months. This usually means titles aiming to finish for Cannes selection, as well as documentaries bound for Hot Docs and Tribeca.

What am I looking forward to? It’s a long list, perhaps at the top would be Agnès Varda’s latest documentary, Varda by Agnès. But there are truly so many other films by key filmmakers and topics that sound unmissable! And I wish I could find time to see some of the retrospective titles. Alas, with screenings starting at 9am and finishing around midnight, it’s simply not possible to fit in every potential cinematic treasure!

Back in Sydney, the closing date for Australian productions, including Dendys and DAF competitions, is 28 February. I’m looking forward to seeing plenty of local productions in the coming month. Submit now and avoid the download jam on the 28th! 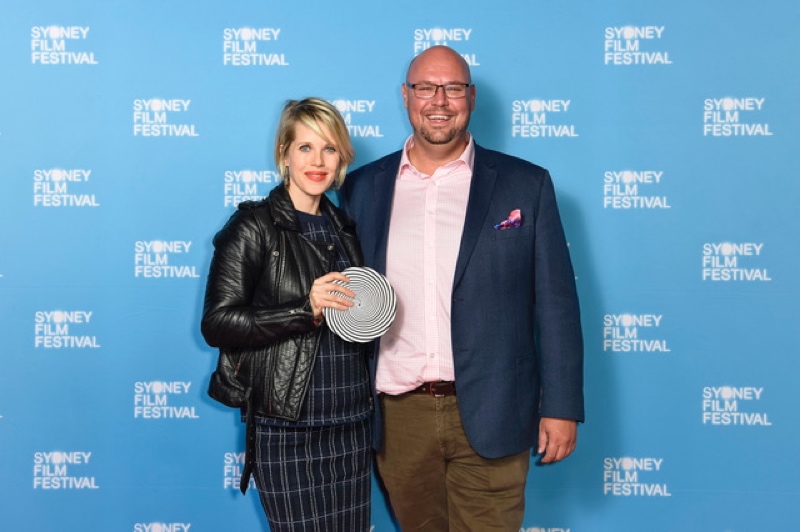 The Sydney Film Festival has presented a competition for Australian short films since 1970. Throughout the 49 years of the competition numerous Australian filmmakers have started their careers with a screening at the Awards. To name just a few*: producers/directors Byron Kennedy and George Miller; Phil Noyce; Gillian Armstrong; Paul Cox; Jane Campion; Rolf de Heer; Sue Brooks; Alex Proyas; David Caesar; Rowan Woods; Samantha Lang; Ivan Sen; Wayne Blair; Glendyn Ivin; Warwick Thornton; Tony Krawitz, and; Ariel Kleiman. The annual SFF screening of the 10 finalists has always been a lively event, attended by festivalgoers, filmmakers and their families, and as well as industry figures.

Nick Hayes has long been a Dendy Awards enthusiast — as a former SFF Operations Manager, and now as Head of Sales & Acquisition at Dendy Icon. Jenny  spoke to Nick about his long-time involvement with the Awards.

JN: Since 1989, Dendy Cinemas has sponsored the festival’s short film awards, the Dendys. What does this long (and much-appreciated) association between Dendy Cinemas and Australian short filmmakers mean to your organisation?

NH: At Dendy we love cinema and Australian film making is a core part of our business. Being able to sponsor the Dendy awards allows us to contribute back to the industry we’re lucky to be a part of.

JN: What do you look for when you view short films by Australian filmmakers?

NH: Nearly all the entries I have viewed over the years are technically well-made films, what elevates the finalist is an engaging story.

JN: I know you’ve attended many of the Dendy Awards screenings at the festival over the years.  Can you talk about some of your favourite moments?

NH: My favourite part of the Dendy screenings each year is the comradery between the finalists.

JN: Do you have favourite Dendy Awards competitors or filmmakers that you can reveal?

NH: The four films that have stayed with me over the years are The Lost Thing, I remember one of the other pre-selectors saying this will win the Academy Award and it did. The Kiss captured the heat of the Australian summer and teenage lust with heart-breaking consequences. Last year Lost and Found was a complete stand out, with it brilliant stop motion animation and so damn cute.

Finally, The Palace the amount of tension the director ratcheted up in a short space of time was incredible, I’m now working with that Director, Anthony Maras on the distribution of his feature debut, Hotel Mumbai (in cinemas 14 Mar and screening in Travelling Film Festivals Wagga, Ulladulla and Tamworth). The talent Anthony displayed in his short has been well and truly expanded on for Hotel Mumbai and I can’t wait for Australian audiences to see it.

JN: What do you think about short filmmaking in Australia currently?

NH: We have some very talented filmmakers in this country, each year I’m impressed with both the range and vitality of the filmmaking community.

JN: And do you have any hot tips for budding short filmmakers?

NH: Script development, ensure you’ve received some constructive criticism from people who will be honest with you.

JN: Have you ever wanted to be a filmmaker yourself?  And if you did, what films or filmmakers would you hope to emulate?

NH: No, I love movies but professionally I’ve always enjoyed the facilitation of creativity.

JN: The closing date for the 2019 Dendy Awards is just a few weeks away [28 February] and you’re going to be on the Awards preselection panel. What are you looking forward to this year?

Nick has spent his entire working life in the cinema industry. Nick commenced with Dendy Icon in 2008 and has had several roles within the organisation including Head of Cinemas.  He has also been the Operation Manager of the Sydney Film Festival and worked for Hoyts Cinemas for a decade. Nick is also currently serving on the board of the Independent Cinemas Association of Australia, the peak industry group for Independent Cinemas and the board of the Australian Independent Distributors Association.

Jenny joined the festival in 1989, the year that Dendy took over the sponsorship of the Awards. She administered the Awards, from helping filmmakers with their submissions (usually at the last minute) to organising jury and festival screenings (in the early days on 16mm or 35mm). 2019 will be her 30th festival.