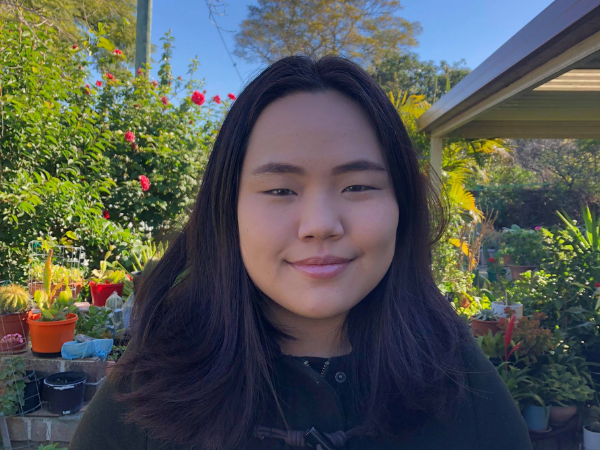 Q: What’s the first film you remember that made an impression on you?

A: PJ Hogan’s 2003 adaptation of Peter Pan. It was one of the first films I ever watched in a cinema. My obsessive crush on the actor who played Peter was also the first crush I ever had.

A: Getting to immersively watch movies with limited distribution in Australia on the big screen!.The sense of community and excitement around the Sydney Film Festival is also unlike anything else — it’s thrilling walking through the city and seeing the giant line outside the State Theatre. I think during SFF people are more willing to venture outside their comfort zones. It’s a great time to make my friends watch films with me that they normally wouldn’t, and vice versa.

Q: Are you seeing any trends in films you’ve viewed in the last year?

A:  The most obvious thing is that there are more films about COVID, and working around limitations through experimenting with digital media, empty spaces and scaled-down casts. I have also noticed that there has been more of a reckoning with capitalism, and the relationship people have with their work, as filmmakers reflect on what’s important in life.

Q: Has going to the cinema changed for you since COVID ?

A: I definitely go a lot less than I used to and am much more discerning about what I’ll go out to see. But when I do go, the experience is all the more special. I’ve noticed that the act of going to the cinema has taken on more social significance — for example, my parents rarely attended the cinema before COVID, but are much more eager to go and see films that they’ve heard buzz about (like Nomadland) as a family. I think people, including myself, really miss the communal aspect of art.