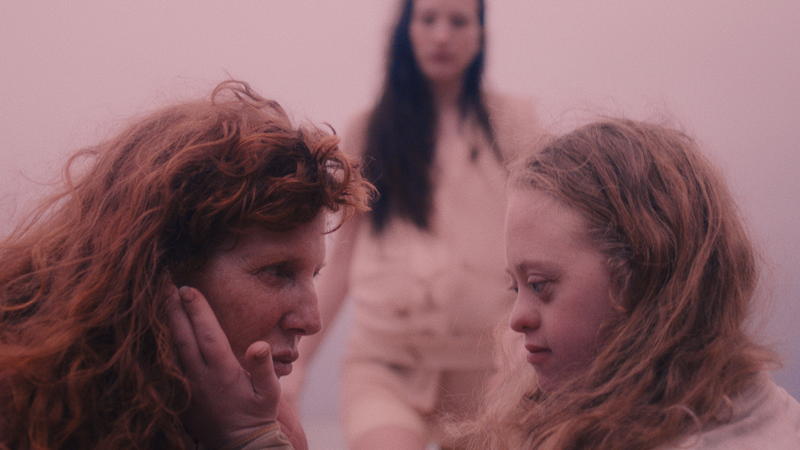 Interview: Llewellyn Michael Bates
Community June 26 2019 by Kyle Goldfinch (with intro by Natalia Stawyskyj)
The screenwriter of short film 'Deluge' on his grandfather, dystopian narrative, and what it's like to be a filmmaker with disability.
Share Tweet

Set against the beautiful, rugged New South Wales coastline, Deluge is the story of a trio of women freeing themselves from the bounds of the cult they find themselves in and the trauma they have faced. The film opens with its protagonist, played by Beautiful Kate’s Sophie Lowe, bound in ropes which also sprawl from her, woven into a web. The physical ropes wrapped around her body mirror the metaphorical ones binding her soul. She is bound by the fear of her oppressor and her community, and by their disbelief of her truth. The film meditates on the struggle to be heard and to be believed, and on the power of sisterhood. It also highlights the impending doom of the climate collapse we could be facing. The film’s breathtaking cinematography, deft editing and exquisite score create a film that is enthralling and a feast for the senses. The cast elevates the well-crafted script and are able to effectively communicate the difficult subject matter. The film climaxes in a moment of empowerment when the protagonist is, literally and metaphorically, set free by the truth.

Kyle Goldfinch: Tell me a little about the film? What inspired you to want to create it?

Llewellyn Michael Bates: Deluge for me comes from a dark place and a desire to speak the truth about a hard and violent situation that happened when I was much younger. It took me a long time to find the courage to speak about it, the film interweaves the horror of those experience into a narrative.

LMB: My grandfather Jans was obsessed with filming our lives, he had a stroke when I was little and was wheelchair and housebound. His escape was filming the plants and the birds in his backyard. This visual poetry and documenting gave his life meaning outside of his disability and his wheelchair. I wanted to make films to be like him but I’ve always been obsessed with stories.

In 2003 I watched John Dullaghan Bukowski Born Into This and Shari Springer Berman and Robert Pulcini’s American Splendor. These films got me obsessed with writing, it changed my view of what a writer could be, before then I was too afraid and didn’t think I could do it – I was working class and because of my disability wasn’t academic enough. After watching those films the characters seemed like me, people who wanted to escape the constraints of abuse and being blue-collar, people who need to channel their pain to share something of themselves with the world to make something profound out of their suffering. 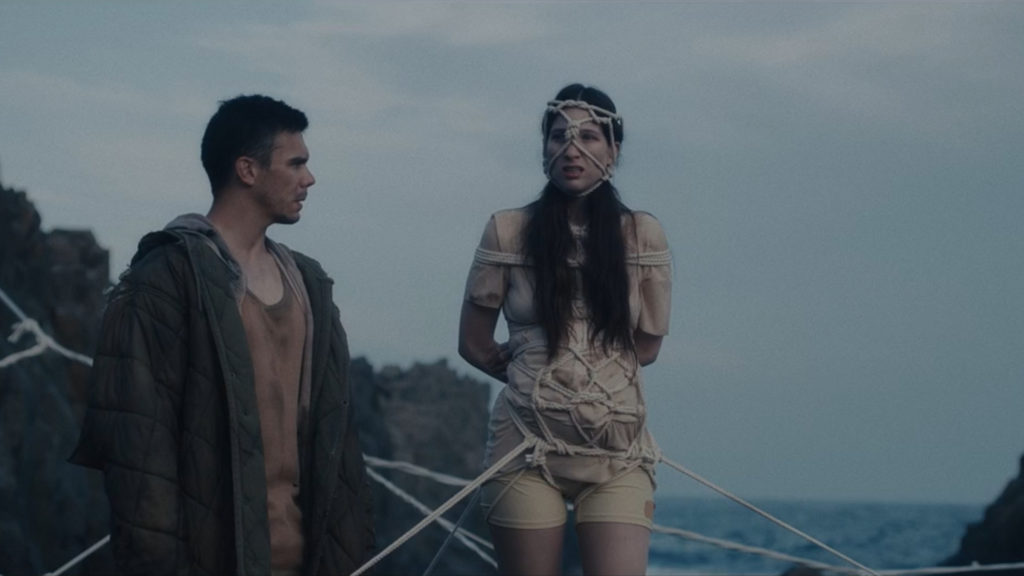 KG: How excited are you to be premiering your film at Sydney Film Festival?

LMB: I am so bloody excited and so happy, it’s been such a wonderful journey working with Screen NSW’s Sofya Gollan and Match Box Pictures’ Kali Reid, as well as director Cloudy Rhodes and producer Jessica Carrera. It’s amazing to be a part of a funded short with such a strong team and be in a program like Screenability that recognises that having a disability might make it a bit tougher as a filmmaker. To be at the Sydney Film Festival is such an honour with so many amazing films from around the world and Australia.

KG: When you think about disability, what is the one thing that you would want to get rid of? What do you think is the thing that still gets stigmatised about this community?

LMB: I think that disability is often portrayed as an uplifting element to help the main character achieve their objective instead of being represented in an honest and real way. I’d also like to see more stories that subvert the normal tropes — we are all different but equal and I would love to see that represented on screen. 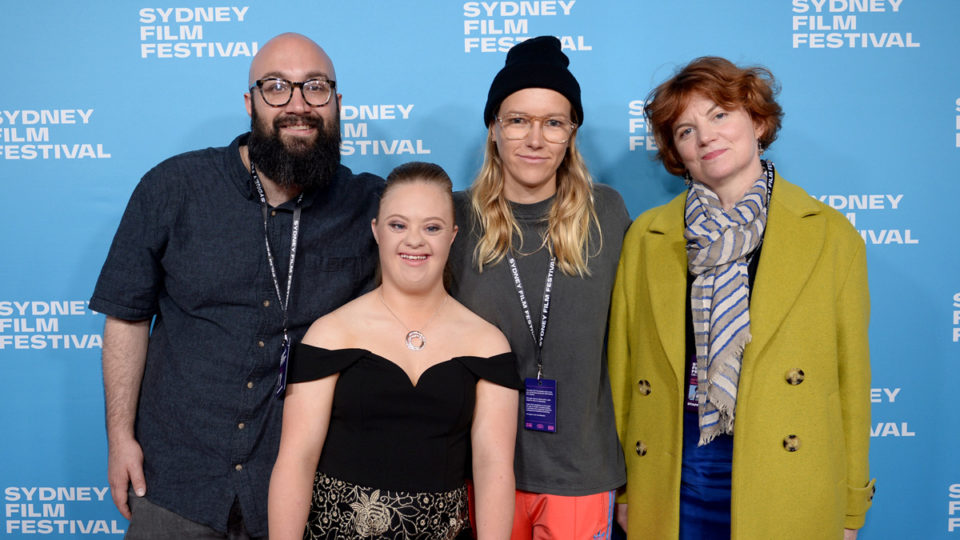 KG: What is your advice for up and coming filmmakers who have a disability and want to break into the industry? What projects are you working on next?

LMB: It’s going to take longer than you think to break into the industry but don’t give up even though it’s overwhelming and seems impossible. The daily grind of working and fostering a career might get you down. The world is going to try and rob you of your voice and you’re going to want to quit more than once but you can do it. Maybe growing up like me, people made you insecure about being different or disabled but the resilience you gained from that is going to be a strength in times of trouble and the cadence in your voice and because of that you’re worth listening to and original. I encourage anyone who is in need of advice to contact me.
I’m working on expanding the world of Deluge and developing it into a TV series which centres around abuse, sexuality and positions of power within the dynamics of a cult set in a dystopian future. I’m also working on a feature called Burning Elephant, a neon backdrop of poverty, travelling sideshows and carnival rides, set amongst the unforgiving heat and dusty outskirts of the Australian desert — 13-year-old Hanneke Mertens steals Starlight, a circus elephant, to travel on a perilous journey across the country to visit her estranged father who is dying.
Cart
Clear Cart