“I’m making movies about common human experiences, which differ from place to place because traditions, customs and habits differ. But the basic experiences are the same. I think my subject is ordinary experience. I attempt to create a dramatic structure drawn from ordinary experience and un-staged, everyday events.” – Frederick Wiseman

It Takes Time: Ten Films by Frederick Wiseman screens as part of Sydney Film Festival 8-19 June, and continues with screenings in July.

Single tickets on sale from each film page. Retrospective package to all ten films on sale now.

In an award-studded career spanning seven decades, acclaimed veteran filmmaker Frederick Wiseman has invited us into worlds we may never have known we cared about until he showed them to us.

His ‘reality fictions’ – he disdains notions of cinéma verité, direct or observational cinema – chronicle the functioning of contemporary American institutions (schools and prisons, libraries and welfare agencies), with occasional explorations of illustrious international establishments of every ilk and what makes communities tick.

His patient gaze, which eschews narration, interviews and background music, reveals the lives and experience of people within these structures or neighbourhoods, be they on the job or enjoying iconic sites such as Central Park. At times it also captures the creative process.

Though his apparently neutral camera seems to dispassionately record whatever it happens upon, often from up close, Wiseman’s highly structured oeuvre – editing the many hours of footage can be a year-long process – conveys empathy with its subjects. It is also clear that he engenders trust, his camera is never intrusive.

After an early venture into film production, Wiseman decided to make films he would direct, produce and edit himself. “The most sophisticated intelligence in documentary”, to quote Pauline Kael, has followed this path ever since, creating a peerless body of work that, with passing time, offers a historical perspective of humanity in the 20th and 21st centuries.

Presented by Sydney Film Festival in association with ACMI and NFSA, with the support of Zipporah Films and Frederick Wiseman.

Hidden from public view for years, Wiseman’s legendary debut documentary is a harrowing and galvanising record of conditions in a facility for the ‘criminally insane’.

The staggering complexity of the American welfare system – and the countless personal dramas it seeks to accommodate – captured by a compassionate eye.

Celebrating the ‘lungs’ of New York City, Wiseman’s lens probes all aspects and every corner of this 340-hectare idyll at the centre of a hectic metropolis.

All walks of life are vividly chronicled and honoured in Wiseman’s unvarnished and fascinating portrait of a small American town on the cusp of the 21st century.

With a curious and unflinching eye, Wiseman embeds himself in a Florida domestic violence shelter to record its work and the extraordinary transformations it enables. 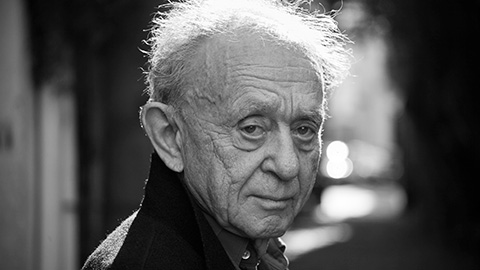 Complement your in-cinema viewing of It Takes Time: Ten Films by Frederick Wiseman with a Wiseman Masterclass, hosted for a limited time on ACMI’s online platform, Cinema 3.

In what the New York Times describes as “One of the finest dance films ever made,” Wiseman reveals the on and off-stage dramas of one of the world’s great dance companies.

Wiseman’s celebration of one of New York’s most ethnically and culturally diverse neighbourhoods directly plunges into its vibrant streets and bustling community life.

One of the greatest knowledge institutions in the world opens its many doors to us in this riveting behind-the-scenes exploration.

In this epic film, Wiseman continues his lifelong project to observe the myriad activities of America’s institutions – and the challenges they face in the Trump era.
Cart
Clear Cart