The Long & Winding Road: The Films of Abbas Kiarostami

At the time of his death in Paris in 2016, Abbas Kiarostami was an undisputed master of contemporary cinema. Across four decades, his deeply humanist and formally inventive works drew praise from global audiences and critics but perhaps he was most revered by filmmakers themselves. Martin Scorsese attributed the “highest level of artistry in the cinema” to Kiarostami and Japanese filmmaker Akira Kurosawa said, “When Satyajit Ray passed on, I was very depressed. But after seeing Kiarostami’s films, I thanked God for giving us just the right person to take his place.”

Born in Tehran in 1940, Kiarostami studied painting and graphic design, directed commercials, wrote poetry, and illustrated children’s books before embarking on filmmaking. His early films largely centred on the lives of children but as Kiarostami was often at pains to clarify, they were “about, but not necessarily for, children”.

The Koker trilogy (Where is the Friends House?, And Life Goes On, Through the Olive Trees) introduced Kiarostami to the world. Named for the region where they were shot, the films became increasingly meta, and this formal experimentation alongside the use of non-professional actors lent an unbridled dimension which is exhilarating on first or repeated viewings. Critically acclaimed films such as The Wind Will Carry Us and Taste of Cherry followed.

Kiarostami met the new millennium on its terms, experimenting with digital technologies and pushing the boundaries of what film direction is with his masterpiece Ten. Critic and programmer Geoff Andrew noted that Kiarostami “probably thought more deeply about cinema – its potential, limitations, and ethics – than most filmmakers”. By the end of his career, Kiarostami had introduced the world to Iranian cinema whilst changing the very boundaries of what we call a film.

Presented by Sydney Film Festival in association with ACMI and NFSA.

In light of the Sydney lockdown extension announced by the NSW Government on 28 July 2021, Sydney Film Festival has made the necessary decision to postpone the 68th edition of the Festival.

SFF remains committed to delivering the program that has been curated for 2021 and is exploring all options to shift the Festival dates to later in the year. We hope to make an announcement regarding the Festival’s new dates early next week.

And Life Goes On

Feature Opening the Un Certain Regard section at the 1992 Cannes Film Festival, the second film in the Koker trilogy is set against a backdrop of destruction yet brims with life and vitality.

Short Film “The mother of all my films,” according to Kiarostami. It begins as a breezily observed anecdote about a boy weaving through Tehran alleys with a loaf of bread.

Feature Walking a sophisticated tightrope between documentary and fiction, Close-Up takes a bizarre crime and artfully reworks it for the big screen.

Short Film Orderly or Disorderly opens with the snap of a clapboard and draws attention to the constructed nature of both filmmaking and the social order.

Feature The first Iranian film to win the Palme d’Or at Cannes is one of great humanity and complexity, which boasts one of cinema’s most daring and memorable endings.

Feature An illuminating and direct piece of cinema that focuses on the lives of contemporary Iranian women, set entirely within the confines of a car.

Through the Olive Trees

Feature Premiering at Cannes, the final instalment in Kiarostami’s Koker trilogy is a comic and wildly meta examination of class and romance set amid the rubble of Iran’s 1990 earthquake.

Feature In Kiarostami’s first feature, a headstrong boy embarks on a series of deceptions so he can travel from his remote village to see a sporting match in Tehran.

Where Is the Friend's House?

Feature Winner of the Bronze Leopard at the 1989 Locarno Film Festival, this poetic tale about a young boy who must return a classmate’s schoolbook brought Kiarostami to international fame.

The Wind Will Carry Us

Feature Winner of the Grand Jury Prize at Venice Film Festival, The Wind Will Carry Us is a gently comic fable on the unpredictability of life. 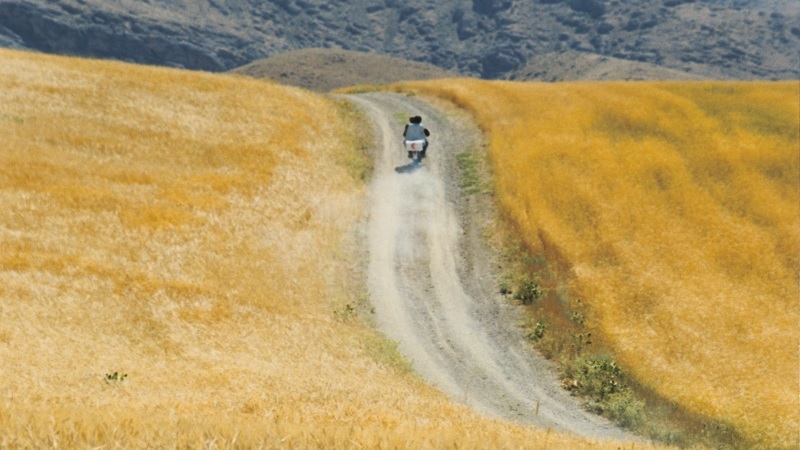 A discounted package of all 8 films screening at Palace Central 1 in the Kiarostami Retrospective.
Cart
Clear Cart

Browse our First Films for 2021 and get a sneak peak of this year’s festival.