Directed by Lars Henrik Ostenfeld
2022
Denmark, Germany
85 minutes
All Ages
Book Tickets
Save more with a Flexipass
In this visually stunning exploration of the Greenland ice sheet, three intrepid scientists search for clues to our climate future. An epic for the big screen.
Three pioneering professors set out to explore Greenland’s immense (1.7 million km2) but little-understood glacier. One glaciologist (Dorthe Dahl-Jensen) collects boxes of ancient ice, while another (Jason Box) treks across the ice sheet taking snowfall readings. The daredevil of the pack, Alun Hubbard, abseils into ‘moulins’ or deep ice shafts, risking all for science, as icicles flash past his ears. All three are endeavouring to find ‘ground truth’, against which the effects of climate change can be measured. Director Lars Ostenfeld confronted pandemic cancellations, extreme weather conditions and a 180m abseil into a giant ice hole to film what he calls “an adventure film about obtaining data” that could change the world. 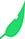 Shortlisted for the Sustainable Future Award.
The film succeeds in making the science accessible, giving a lay perspective on just why the actions of a few hardy souls on an inhospitable glacier matter to the rest of the planet.
Wendy Ide, Screen International
[This] immersive journey into Greenland’s ice sheet is enough of a wow to make it stand out against other, similarly themed works.
Guy Lodge, Variety

Singing in the Wilderness

Documentary The heart-rending and revealing story of a Christian choir from a rural community in China who are ‘discovered’ by authorities and turned into a national commodity.

We Met in Virtual Reality

Documentary Love, fantasy and technology coalesce in this groundbreaking documentary filmed entirely inside the world of VR during the pandemic. Sundance and CPH:DOX selected.

Documentary The life and work of great American author and commentator Kurt Vonnegut (Slaughterhouse Five, Breakfast of Champions) is examined in a documentary 40 years in the making.
Cart
Clear Cart