Directed by Blerta Basholli
2021
Kosovo
83 minutes
Unclassified 15+
Buy Tickets
Lock in your Festival discounts now with a Flexipass.
Winner of three major awards at Sundance 2021, this outstanding drama is based on the true story of a Kosovo war widow fighting against patriarchy.
The debut feature by Kosovo-born filmmaker Blerta Basholli is inspired by real-life beekeeper Fahrije Hoti. Seven years after Fahrije’s husband went missing in the Kosovo War, she is struggling to provide for her two children. Her plan to establish a women’s co-operative and sell ajvar (pepper relish) is met with scorn by men in her village. In this patriarchal place, a woman’s morals can be questioned for even the slightest show of independence. But Fahrije is no ordinary woman. Basholli’s lean, punchy script and Yllka Gashi’s superbly controlled central performance bring the legacy of war and the strength of women into sharp and rewarding focus. 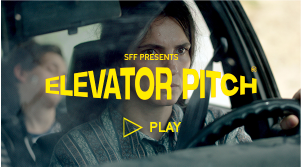 Wash My Soul in the River's Flow

A cinematic reinvention of Archie Roach and the late Ruby Hunter’s 2004 award-winning concert – a fertile music collaboration with Paul Grabowsky and the Australian Art Orchestra.

The Magnitude of All Things

Potent stories from the frontlines of climate change merge with a filmmaker’s familial memories in this cinematic documentary. Featuring activists, scientists and traditional custodians from Australia and beyond.
Cart
Clear Cart

Browse films and events and get a sneak peek of this year’s Festival.