Dawn Breaks Behind the Eyes

Directed by Kevin Kopacka
2021
Germany
76 minutes
Unclassified 18+
Book Tickets
Save more with a Flexipass
The spirit of 1970s European art-horror cinema inhabits every frame of this orgiastic time-tripping psychedelic dream set in a spooky mansion.
Bickering couple Margot and Dieter travel deep into the German forest to inspect the crumbling manor house Margot has inherited. But something very strange is lingering in its musty walls, halls and foundations. What has happened to time and reality here? That’s all you need to know before entering a gorgeously filmed, hallucinatory horror that captures the sumptuous aesthetics and fevered melodrama of European masters such as Mario Bava, Jean Rollin and José Larraz. Director Kevin Kopacka and co-writer Lili Villányi have constructed a cinematic hall of mirrors that takes us on darkly comic and visually stunning journey into a marriage beset by discord and demons of the most ecstatic kind.
Dawn Breaks Behind the Eyes is so beautiful, chaotic, and bizarre that you can't but tip your hat to it.
Sharai Bohannon, Dread Central
Kopacka's playful metacinematic endeavour is as gorgeously realised as it is wilfully esoteric.
Jennie Kermode, Eye for Film
A gorgeous, ethereal movie full of surprising twists that deftly shift genres.
Meagan Navarro, Bloody Disgusting

While Mortals Sleep
When a cold case novelist's career implodes, she seeks refuge in her friend's remote vacation home.
View

Feature Carlota Pereda’s much talked-about Sundance hit is a riveting social horror film about trauma and revenge, with a magnificent lead performance by Laura Galán.

Feature An SXSW success, this devilishly clever Aussie horror sees an influencer encounter her childhood tormentor on a hen’s weekend. Revenge is a dish best shared on Instagram. 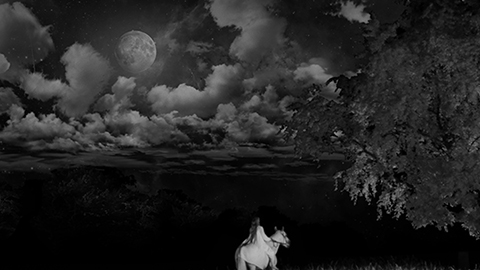