Directed by Carla Simón
2022
Spain, Italy
120 minutes
M
Book Tickets
Save more with a Flexipass
The land and livelihood of a Catalonian farming family is threatened in Carla Simón’s beautifully observed drama about changing times. Golden Bear (Best Film), Berlinale 2022.
There was a time when words of honour meant something. Quimet Solé’s family has grown peaches in Alcarràs, Catalonia, ever since they were gifted land by the rich Pinyol family for saving their lives during the Spanish Civil War. But that was then, without paperwork. Now, the Pinyol heir wants to evict the Solés and bulldoze their trees to make way for a lucrative solar farm. Following her impressive 2017 debut feature Summer 1993, Simón casts a compassionate eye over Quimet’s extended family as the final harvest approaches. Feeling bitter and helpless, Quimet can’t see a future. Sturdy wife Dolors holds things together. Teenagers Roger and Mariona become rebellious while grandmothers reminisce about simpler times. And all the while, young daughter Iris and twin cousins Pau and Pere fill the air with laughter and joy as they play games and invent worlds of their own on a patch of earth that has sustained their families for generations. Told against the backdrop of independent farmers being squeezed out by corporate interests and government failures, this affecting study of an endangered way of life is faultlessly performed by a non-professional cast of local community members.

CARLA SIMÓN was born in Barcelona, Catalonia, Spain. She has made numerous shorts and documentaries. Her first feature, Summer 1993, was Spain's International Oscar submission.
A heartfelt drama about the wrenching clash between traditional agriculture and industry.
David Rooney, The Hollywood Reporter
Has all the hallmarks of a very specific film with emotionally wide appeal, a thoughtful essay which can also rattle and hum.
Fionnuala Halligan, Screen International
Catalan writer-director Carla Simón confirms the promise of her debut Summer 1993 in this poignant, rippling study of an extended family being forced off their farm.
Guy Lodge, Variety 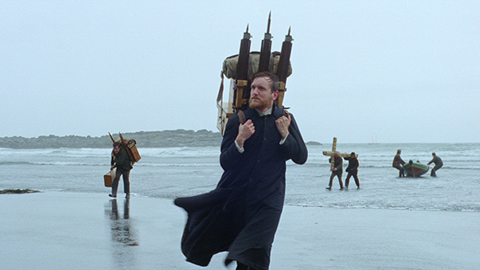 Feature Goran Stolevski’s astonishing debut, starring Noomi Rapace, is a visually spectacular supernatural tale about a young shape-shifting witch trying to understand what it means to be human.

Feature Kamila Andini’s (The Seen and the Unseen, SFF 2018) beguiling period drama chronicles an unlikely female friendship against the backdrop of Indonesia in political turmoil. 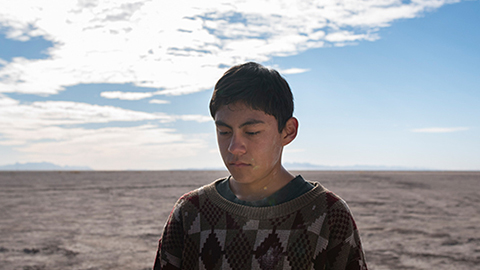 Feature Award-winning director Lorenzo Vigas delivers a tense drama about a Mexican teen’s search for his long-lost father and a poignant look at the struggles of migrant workers.
Cart
Clear Cart