Directed by Nadav Lapid
2021
Israel, France, Germany
110 minutes
Unclassified 18+
Book Tickets
Save more with a Flexipass
Nadav Lapid’s provocative follow-up to Synonyms (SFF 2019) has an Israeli filmmaker railing against threats to artistic freedom in his country. Winner, Cannes 2021 Jury Prize.
An Israeli filmmaker, Y., is invited to a village in the desert to present a film at a library. His minder is Yaholom, from the Ministry of Culture, who insists Y. sign an agreement constraining his talk to a state-sanctioned list of topics. Y., who’s working on a film project about the Palestinian activist Ahed Tamimi, is appalled at this governmental censorship. Concerned for his ailing mother, and consumed with anger, Y. plots an exposé with wide-ranging repercussions. Written in two weeks and shot in just 18 days, Ahed’s Knee is filled with rage and astonishing and disturbing sequences. It is an explosive defence of free artistic expression by one of cinema’s most distinctive and daring filmmakers.
Quite possibly brilliant, and very definitely all but unbearable, Ahed’s Knee is filmmaking as hostage-taking. If such language seems charged, this is Nadav Lapid: All language is charged.
Jessica Kiang, Variety
Ahed’s Knee is a work of personal political cinema that’s also among the most physically intense and demanding films of any sort that I’ve seen.
Richard Brody, The New Yorker

Feature Documentary and fiction converge in this intimate portrait of a middle-aged Australian driving home from work over the course of a year. In competition, Rotterdam.

Feature Romance blooms between a fading actress and a young misfit in this offbeat charmer from Nicolette Krebitz (Wild, SFF 2016). Presented in competition at Berlinale 2022. 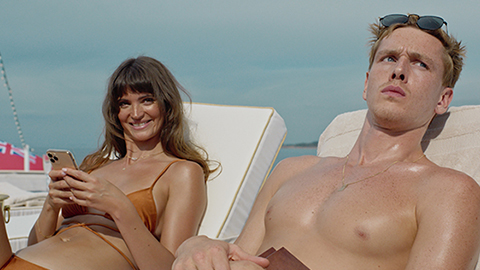 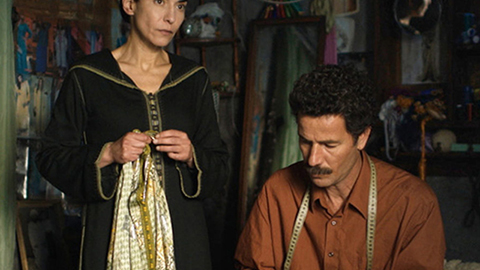